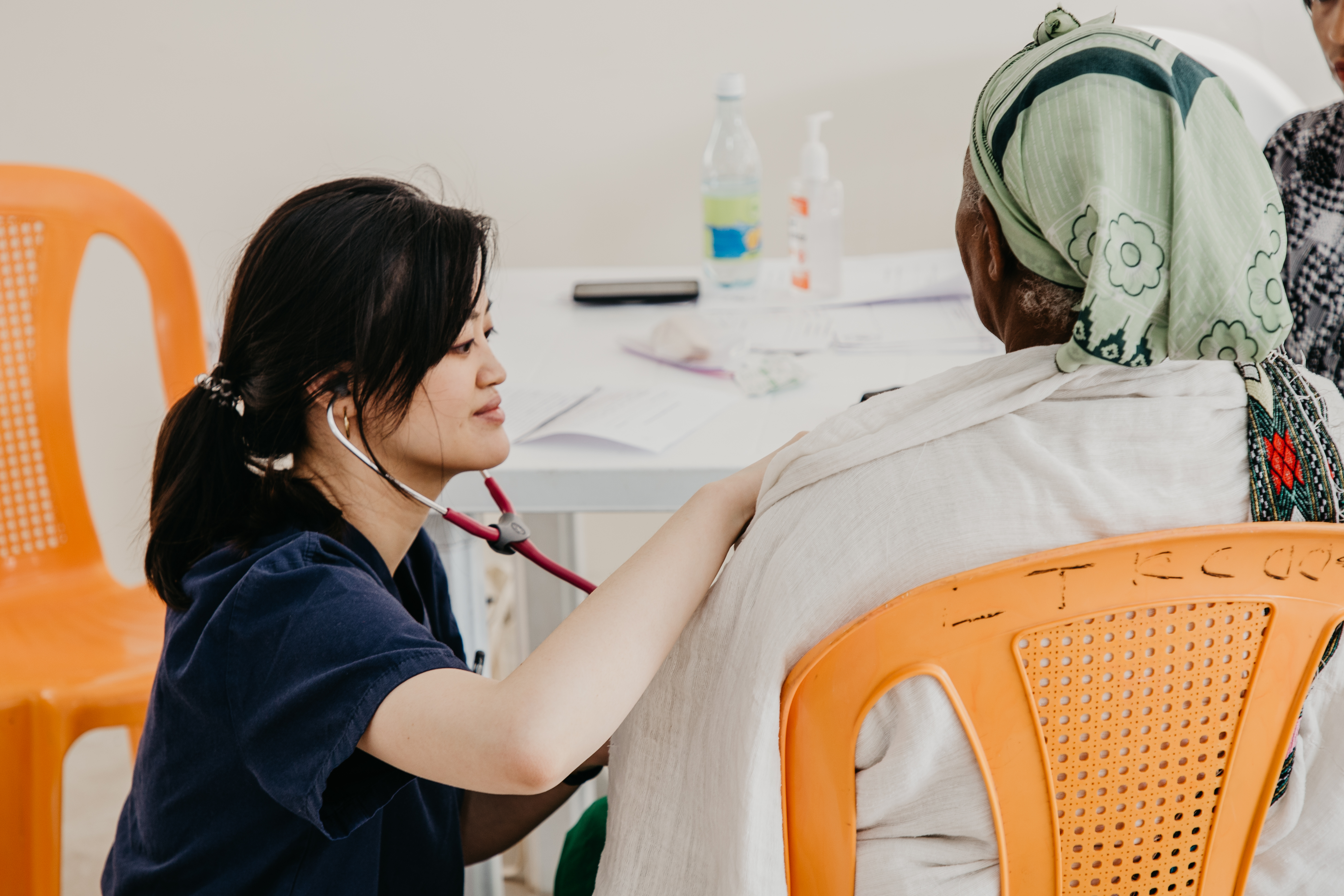 God uses His own way to heal

The impact during February’s Medical Clinic was significant. There were many stories of healing and hope restored. One story, however, stands out among the rest. During one of the days of clinic an 18 year old Hirut (name changed) visited with her parents. Hirut had been living in the community of Akaki Kality with her parents, who are members of one of the local partnering churches. Hirut’s parents had been growing increasingly worried about a growing breast tumor. The family had not been to a clinic for testing, instead they had been taking their daughter to different churches for prayer in hopes she might be healed from the growing tumor. It was during this time that the Baltimore team was conducting a two day medical clinic at one of the churches in Akaki Kality where Hirut’s father was visiting for prayer for his daughter.

It wasn’t long before Hirut’s father was back at the clinic and had brought his daughter. After one of the medical team doctors did their initial intake, they referred Hirut to a higher-level hospital where she could receive the testing and care she needed. Ethiopia ACT provided money for laboratory work and transport to the hospital. She was admitted at the hospital right away, and doctors worked carefully to remove the mass Hirut had suffered with for so long.

There are many, many others in the community of Akaki Kality who are unable to have one-on-one consultations and regular medical checkups. Ethiopia ACT is committed to working in the community with medical teams to reach those who don’t have access to medical care as well as teaching our church partners how to practice mercy ministry in their communities.