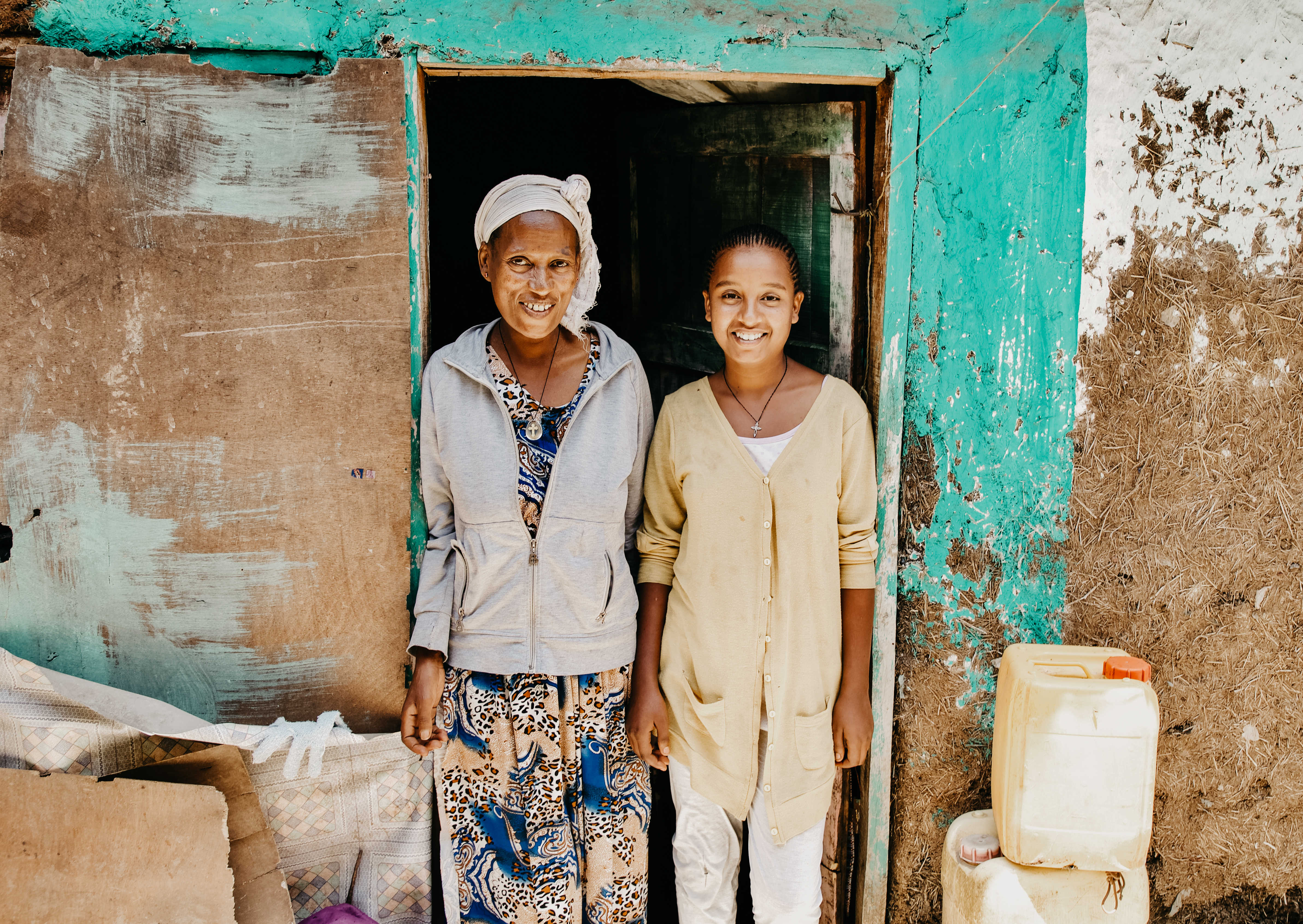 Tsehay was born in a small rural town southeast of Addis Ababa. When she was fifteen years old her parents divorced which turned her world upside down. She ran away with her niece to Addis Ababa. After coming to Addis Ababa, they lived in a small place in the outskirts of the city, which is when Tsehay’s problems began. She was abused by a neighbor within a year of moving to that neighborhood. Confused and desperate for help, she found out she was pregnant with a baby girl.

Desperate to survive, Tsehay married a man she barely knew while working in a construction site. They settled in a small rental house in the Akaki Kality neighborhood. Her marriage to that man ended quickly after she gave birth to her second daughter, Beza. Tsehay continued working casual jobs anywhere that would hire her while she struggled to feed her children and send them to school. Her oldest daughter dropped out of school and moved out to work as a housemaid. One day while at work at one of her jobs, Tsehay fell ill and her colleagues rushed to carry her to a nearby government health center. During this visit to the health center, Tsehay was told she was HIV+ and had also contracted Tuberculosis. Her health was deteriorating rapidly. She had no idea she was infected with either disease. She felt helpless and hopeless. It was hard for her to accept that her life would change forever. Medical professionals insisted she start Antiretroviral Treatment medications for her as her life was in imminent danger.

Even still, Tsehay continued to work. With the pressures of needing to provide for herself and her children, she did not see any other option. It wasn’t until a kidney infection was diagnosed that she was physically unable to continue working and had to quit her job. Local government administration was aware of Tsehay’s situation. One lucky day they visited her while she was on her sick bed, gravely ill. The local government staff came to her house with two “strangers.” These kind strangers told Tsehay they were from Ethiopia ACT and had come to care for her. In her words, “they gave me hope and told me that my life will change forever.” She was immediately enrolled to Ethiopia ACT’s Akaki Kality community center. Immediately after enrolling her to the program, ACT staff took Tsehay to the hospital so she could receive proper medical care and nutrient-rich food. Tsehay began making an incredible recovery in the weeks after joining Ethiopia ACT. Her daughter Beza was so happy to attend school without the worry of having to pay for school fees and uniforms. Beza is about to start her 9th grade year of school and is happily focused on her education instead of the many health and financial problems which once plagued her family. Tsehay and her daughter happily report they are once again hopeful for their future. Tsehay hopes that her time with Ethiopia ACT will bring a new beginning. She hopes her life with be restored and to become a self-supporting woman once again!