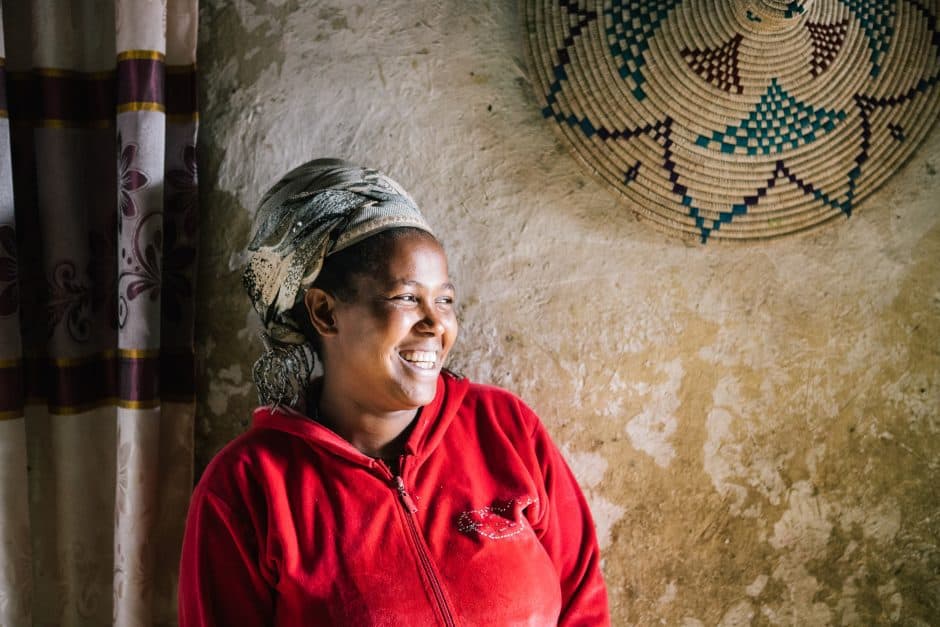 Tiruzer was born in the city of Gondar in the northern part of Ethiopia. Both her parents died when she was only eight years old and her older sister brought her to Addis Ababa because she had no family to help in Gondar. Tiruzer never attended school and started working as a housemaid. She married a man she knew from her neighborhood and gave birth to two children. She then moved to the Suki neighborhood and started street vending to support her family.

Tiruzer went through many difficulties trying to feed her children and send them to school. She earned a little which was not enough to support her family. Her husband also lost his job as a guard and as a result, both or her children dropped out of school.  Tiruzer was disappointed and saddened because she could no longer afford to send her children to school. Tiruzer reported to a local government district administration office about her status. The office then referred her to Ethiopia ACT. Discouraged and helpless, Tiruzer came to ACT’s Suki Community center seeking help for her children.  She was immediately accepted into the project. After joining ACT, the staff worked hard to re-enroll her two boys in school and also provide school fees, materials, uniforms and shoes. Tiruzer also received help with food, medical care, and rent subsidy which brought new hope in her life.

Ethiopia ACT’s staff worked hard to support Tiruzer through the income generating program.  She was given training so she could start a small business of her own. She was provided grant money to help get started. Tiruzer was hard working and her business grew in a short time. She now sells vegetables and firewood in a compound she rented to live in and has already attracted many people to buy from her. She saves money from what she gets even exceeding the expectations of ACT’s Income Generating Activities (IGA) program.

Now, Tiruzer is glad that her life has turned around and her hope restored. She delightfully explains that her children now have the chance to attend school and she has a bright future.