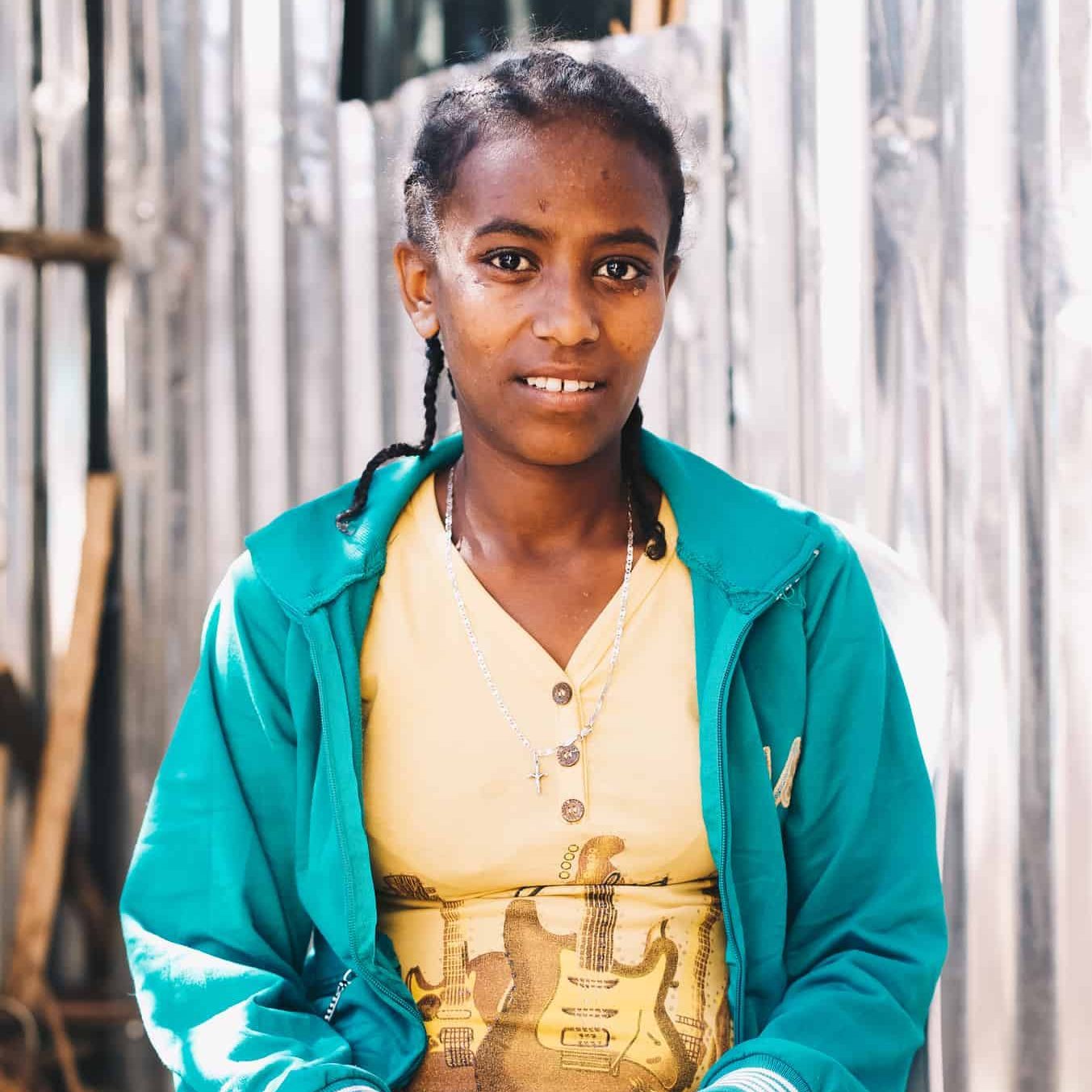 Born in a small town near Addis Ababa, Rosa grew up with her parents until she was three years old at which time her parents died from HIV/AIDS. She then moved to Addis Ababa with her grandmother. At the age of twelve, she left home and dropped out of school.  Roza started experiencing frequent sickness and didn’t know what was wrong. Finally, she visited a health center where the caregivers recommended she be tested for HIV. Unfortunately, the results were positive. It was so hard to believe and accept that her life would change drastically. After some counseling she was advised to start ARV medication. Due to her economic and social status she was at a severe disadvantage to receive the treatment she so desperately needed. Eventually in 2014, she was referred from Black Lion Specialized Hospital to Ethiopia ACT. Since then, she has received medical care, food, rent subsidy, and emotional support – all the care she had been deprived of previously.

As a teenager, Roza kept questioning why she should take her medication for such a long time and struggled tremendously with her emotional wellbeing.  Three years ago, Rosa became pregnant and gave birth. Terribly, soon after birth, her baby died. This was a catalyst for her depression. She moved out of Addis Ababa and stopped taking her HIV medication. She also disappeared out of reach of the project for a long time. Eventually, she came back to the project sick and needing help. Ethiopia ACT ‘s health department learned that she was not taking her anti-retroviral treatment (ART). Due to her desperate need, was accepted back into the Ethiopia ACT project. She was given counseling for her emotional and mental health, as well as teaching for her medication adherence.  Ethiopia ACT referred her back to the hospital for baseline diagnostic tests where she also re-started her HIV medication. Ethiopia ACT helped her to move back to the project’s catchment area and allocated additional money to provide food, including eggs and milk every day. Additionally, 100% of her house rent and her transportation costs were covered.

Roza found herself struggling again with problems emotionally and socially. Once again, she quit her HIV medication and developed different complications caused by discontinuing her treatment. ACT staff worked tirelessly with her, providing counseling and other support with the hopes of helping her understand the importance of taking her medication. Her connection with the project again brought positive changes in her life, and she re-started her HIV medication after diagnostic tests and follow up at Black Lion Hospital and through Ethiopia ACT regular support.

In her own words,

“After I joined Ethiopia ACT I got comfort and health because I was able to get something to eat for the whole month. Previously, it was difficult to feed myself regularly. But now, I don’t have worries to get food. Besides, I joined Suki church to follow Jesus. Ethiopia ACT covers rent expense and other material expenses. This is a great opportunity for me because it protects me from extreme worries and from speculating only bad things about my life.”

Though Rosa has been provided an amazing opportunity to improve her situation, she still struggles to cope with her emotions. With help from the local hospital, Ethiopia ACT helps to support her so that she might not repeat the mistakes which have lead to negative experiences. To do that, both the hospital and Ethiopia ACT are taking responsibility through the resource health and social workers to aid Rosa in her struggles.

The project arranged for other teenagers with similar experiences to share with her so she might learn from them and feel the freedom to share her experiences as well.  She also joined a peer group in Black Lion Hospital, which has given her an amazing opportunity to make good friends.

While Rosa has a long road of recovery (mentally and physically) ahead of her, she has hope because of the support and collaboration of Ethiopia ACT with Black Lion Hospital to see to it that Rosa has every opportunity to turn her life around and find hope and joy in her circumstance.