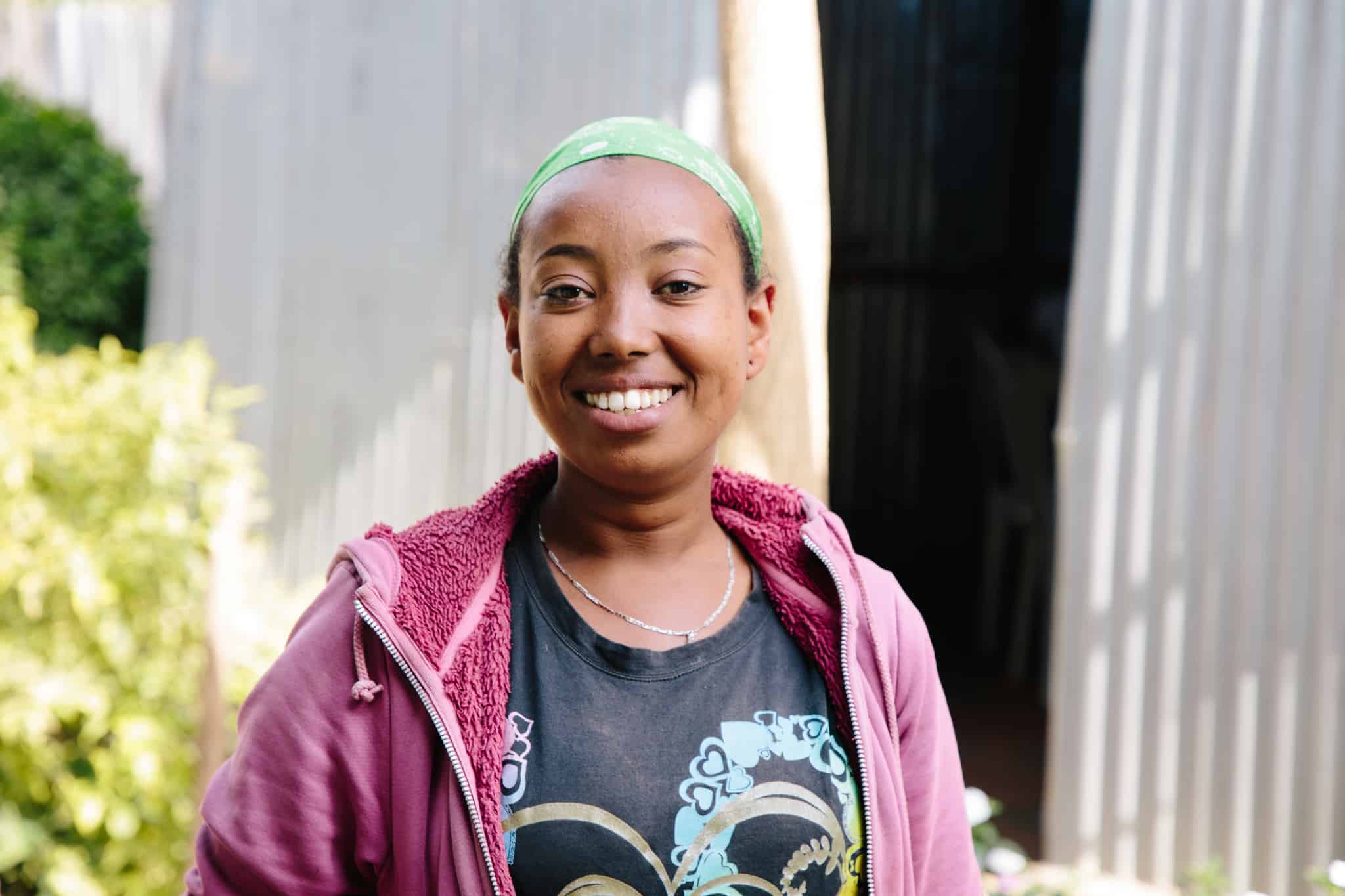 more than 120 miles searching for her mother’s previous home with hopes of finding extended family members. However, all efforts and trips made to find Netsanet’s relatives proved fruitless. After this failed, the project connected Netsanet with her mother’s old friend who had been in a project support group. Her mother’s friend showed an interest in raising Netsanet. Since that time, Netsanet has lived with her foster mother, and Ethiopia ACT supports them together. In 2015, because Netsanet’s foster mother was very sick and could not afford to feed the family, ACT started providing them more support.

Currently, they both take their ARV medication and are doing well. Just a month ago Netsanet came to the office and brought an HIV viral load test result which read, “not detectable.” This indicates even though there is HIV in her body, the virus is not in a detectable range. If the ARV was not working, there would have been millions of HIV copy in a single drop of blood. The basic reason for such a result is great adherence and disclosure with family and friends.

That is one of the reasons why support groups are an important part of the project. At this time, Ethiopia ACT has 12 support groups that serve many project members, which allows them to come forward and discuss their challenges, concerns, perceptions, and fears. This also provides a safe place for HIV+ children to disclose and share their stories.Last year, Netsanet completed her Ethiopian high school exam and started college! She is now pursuing her diploma in Marketing and Business. Now at 19 years old, Netsanet is happily studying with a bright future ahead of her!