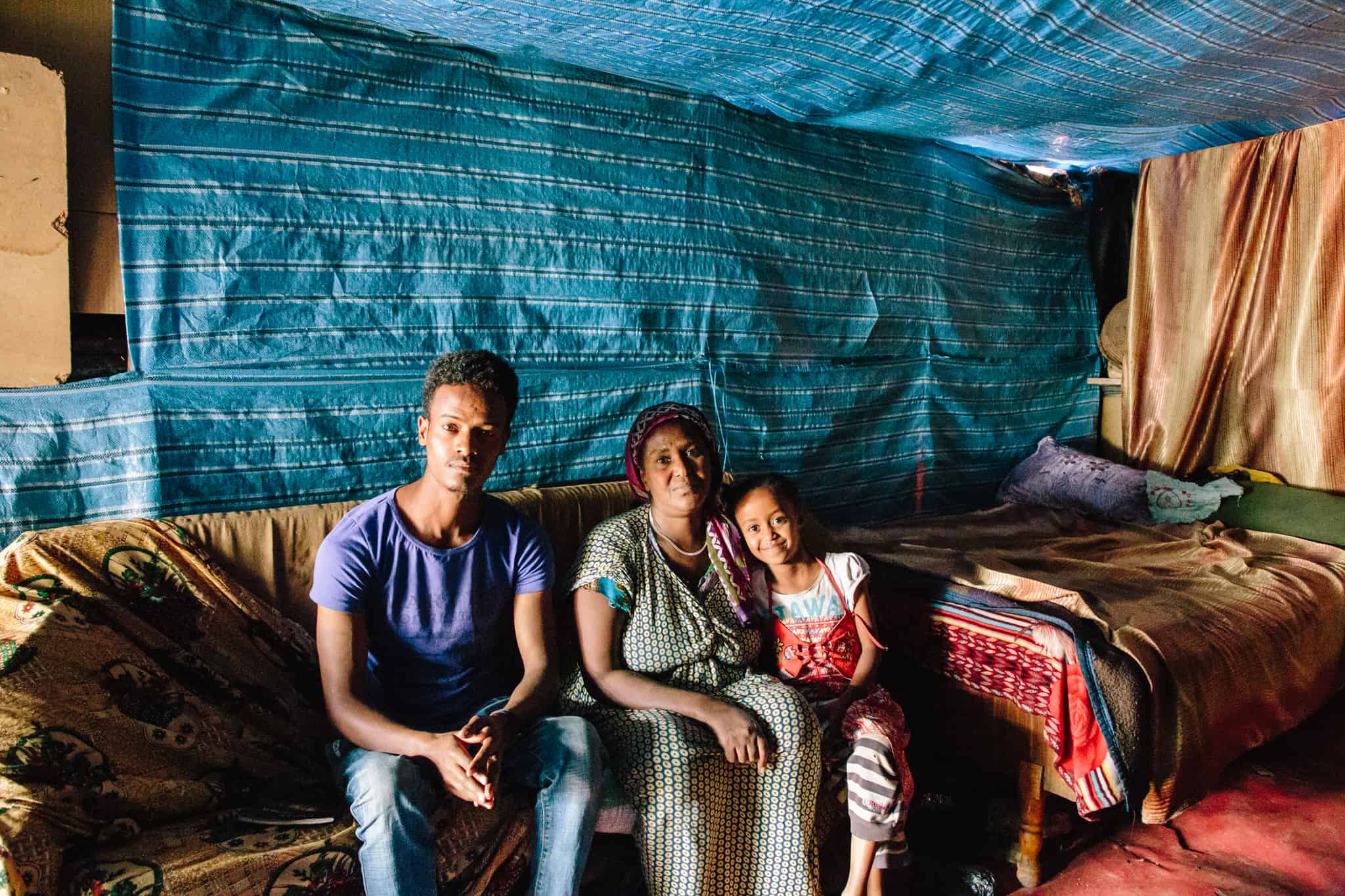 Before moving to Addis Ababa, Abaynesh and her husband lost their two year old son during an epidemic in the war between Ethiopia and Eritrea. Soon after this, Abaynesh‘s husband also passed away. After settling in Addis Ababa where she started selling food on the street, Abaynesh’s  was diagnosed with tuberculosis multiple times, having already been diagnosed with HIV during her second pregnancy. Despite her situation, she continued working and raising her children.

Unfortunately, her situation declined further when her workplace and house were demolished in an urban development program. Abaynesh then moved to the Suki community, but was unable to afford the rent. She built a plastic tent alongside a nearby river, putting the lives of her children at risk during rainy season.

After Abaynesh’s oldest son was forced quit school due to the cost., he started manual labor to help provide for the family. His health began to decline when he developed a severe respiratory infection. He then started working a less demanding job in a beauty salon but had to quit due to his declining health. Finally, he planned to get a license to drive a “Bajaj” (a three-wheel taxi) to support the family. Again, he quit because he could not afford the training fee.

At this time, the ACT staff found a miserable Abaynesh and her children living in the plastic tent. She was immediately accepted into the Project where she was given medical care and food support. Her son was very depressed, feeling he was failing his family as the sole provider. Ethiopia ACT decided to work on renovating her plastic tent house as a short-term solution during the rainy season. As a long-term solution, ACT helped the oldest son continue the training for his driving license. ACT paid the remaining $2000 Birr ($75 USD) for the training fee. Abaynesh is thankful for the help and, for the first time, she is hopeful for her family’s future!