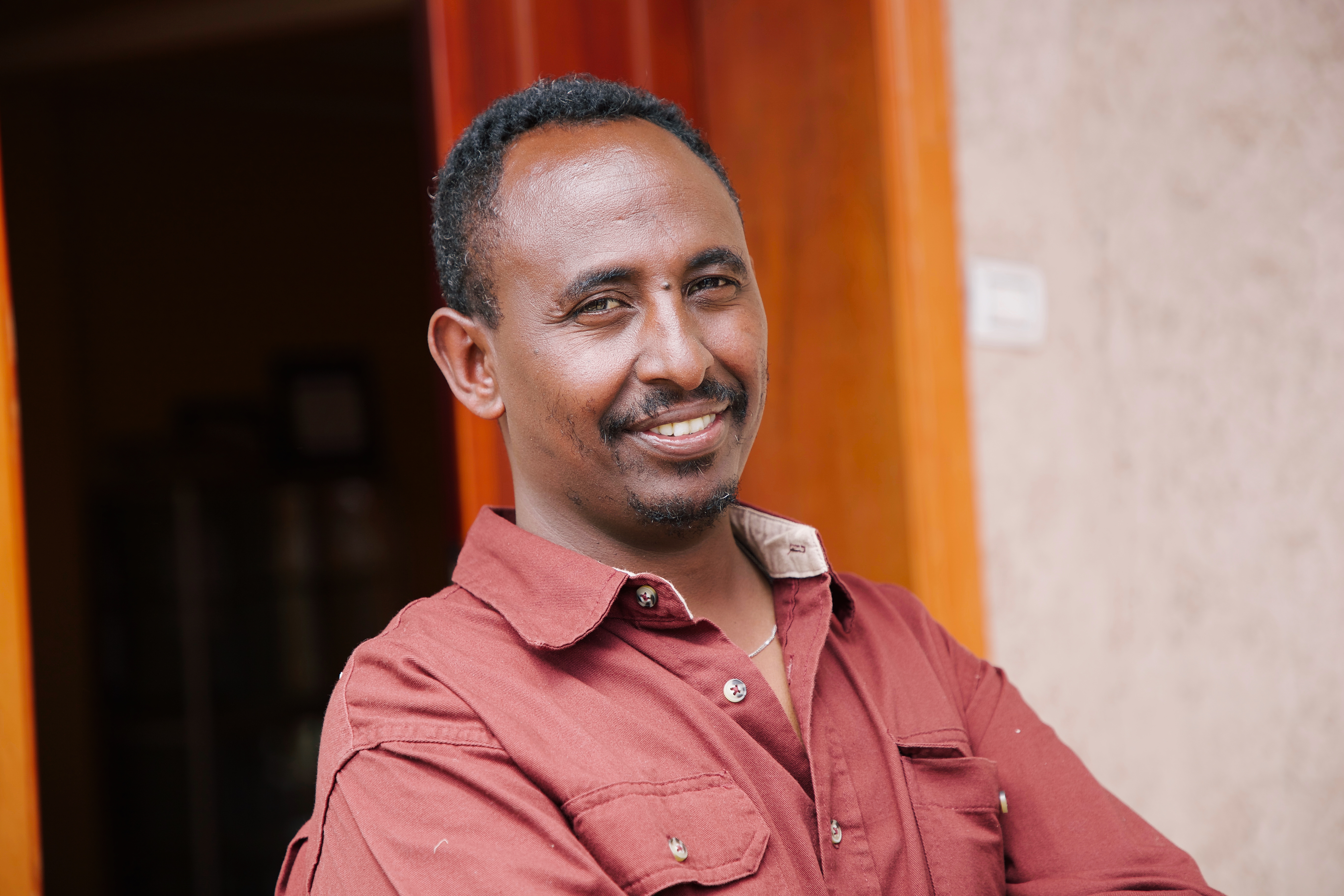 It is always something to be celebrated when someone makes a decision to follow the Lord. When that person just so happens to be a staff member, well, there are few words to describe the joy felt at that! 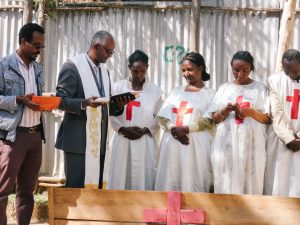 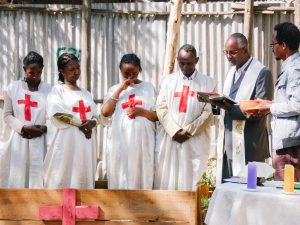 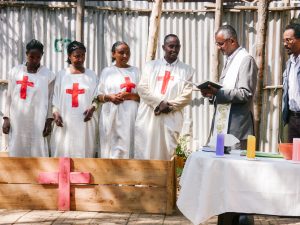 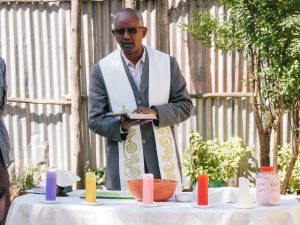 Teshome has worked as a security guard for Ethiopia ACT for many years. He has always had open and positive relationships with other ACT staff but has increasingly shown spiritual openness in the past two years. One of our spiritual ministry staff began meeting regularly with Teshome for evangelism and discipleship, which resulted in him making a profession of faith a few months ago. Teshome’s wife comes from an Orthodox background and is strongly antagonistic to his new faith, which makes it difficult for him to come to church. Instead, we have started conducting our Monday morning staff devotions in Amharic so that Teshome can attend and participate in a regular spiritual community. He was baptized on Ethiopian Christmas Eve in early January.

We are so excited to support Teshome in his growing faith!